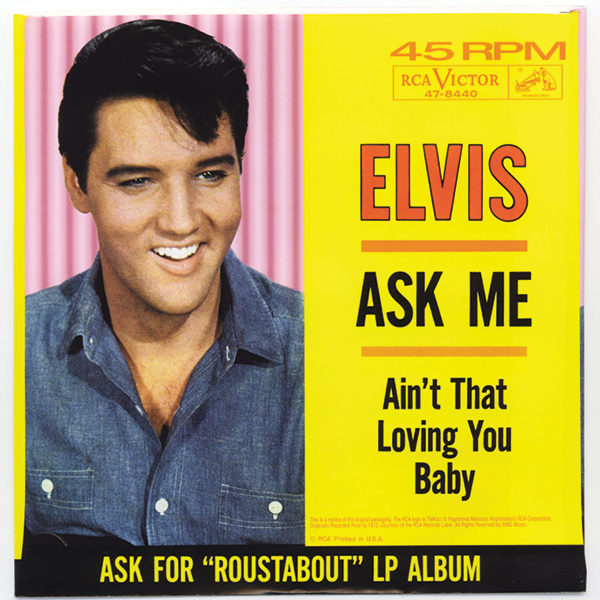 Elvis had originally recorded “Ask Me” for the evanescent 1963 album. It was, once again, based on the kind of classic Italian melody to which Elvis was always drawn, but as with Chuck Berry’s “Memphis,” which he had recorded at the same session, he felt he could do better. He went back into the studio in January primarily to re-record those two songs, and his faith in “Ask Me” was now borne out with sales of 700,000. Its chart position, however, was affected by the surprising success of the B-side, an uptempo blues by Ivory Joe Hunter originally recorded in June of 1958 but held back until now.