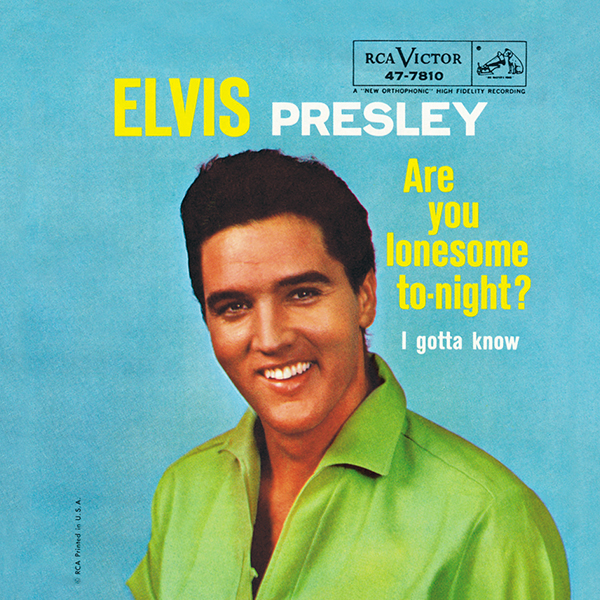 The final recordings (and third single) to be released from the Elvis Is Back sessions became their biggest seller, with 1.8 million sales in the U.S. alone. In addition, the A-side came with a most unusual provenance. A 1920s hit closer to parlor music than rock ‘n’ roll, it was the first (and virtually the only) song ever suggested by the Colonel at a regular recording session. It was his wife Marie’s favorite song, particularly as done by one of his earliest musical associates, Gene Austin, and Parker thought it would be particularly suited to Elvis’ new style. It was. Elvis loved the song, which came complete with a Shakespearean-style recitation, and he sang it in the studio with the lights out, giving himself over totally to its message.