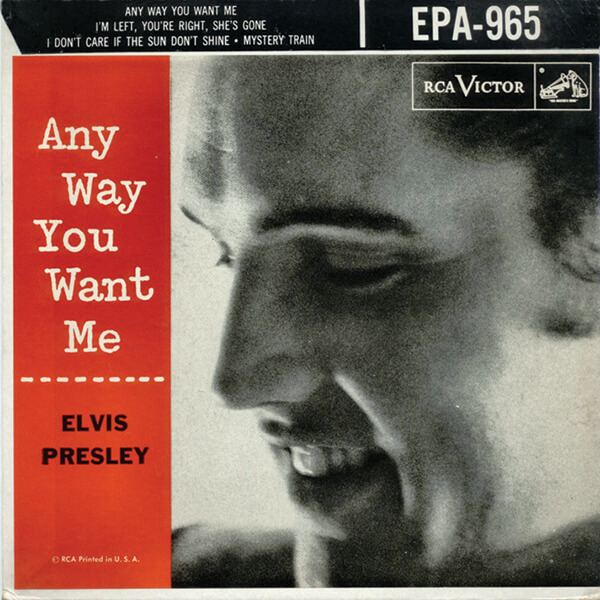 Unique, and perhaps ultimately inexplicable, in the by-now pell-mell rush to release, this EP combined three Sun sides with “Any Way You Want Me,” the B-side of the forthcoming single. “I Don’t Care If The Sun Don’t Shine,” which had never charted in its earlier incarnation, was the radio pick – hence the chart position. Plays for “Any Way You Want Me,” the third and final song recorded at the “Hound Dog” session, counted toward the chart success of the next single. An odd strategy, and seemingly something of a giveaway, but the EP chalked up a respectable 150,000 sales.