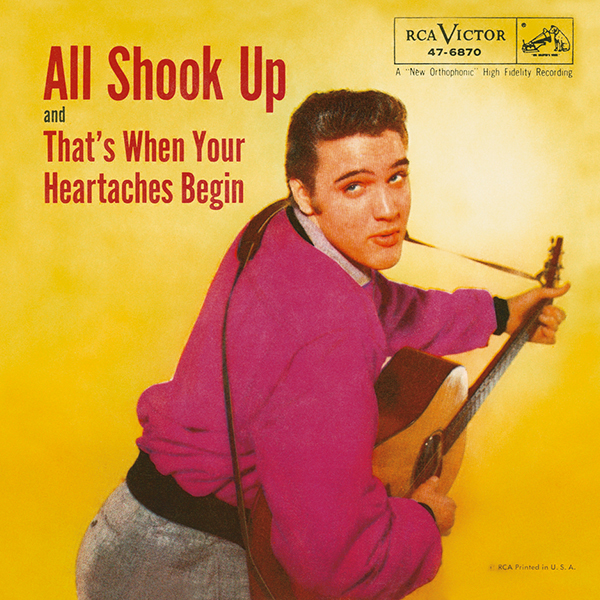 There had been a string of sessions at Radio Recorders just before Elvis’ second movie, Loving You, went into production. They were intended to produce new material not just for the soundtrack but for single and EP release. For the first time, Hill and Range song rep Freddy Bienstock had ample opportunity to prepare, and the result was considerably stronger material. Another perfectly calibrated offering from Otis Blackwell, “All Shook Up,” was selected as the A-side of the first single, with a new version of the Ink Spots’ “That’s When Your Heartaches Begin” (the very song Elvis had sung as an eighteen-year-old at his first “custom recording” session at Sun) as the B. The record spent eight weeks at the top of the charts, and with over two million sales fully sustained Elvis’ commercial momentum.