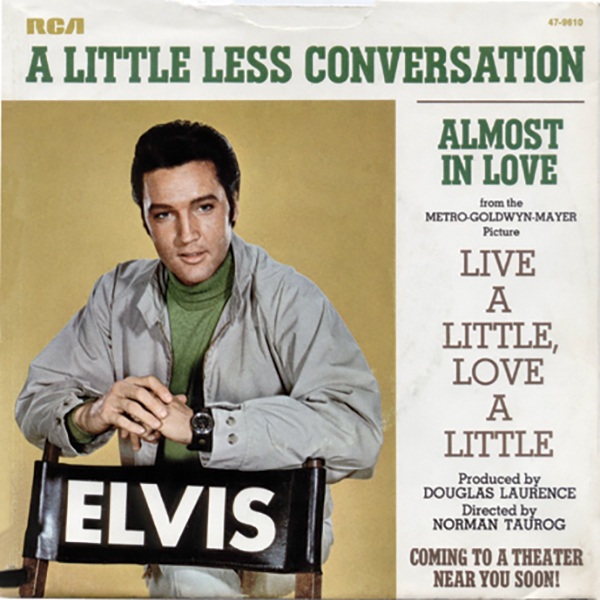 Another soundtrack single (from Live A Little, Love A Little), another flop. The A-side, an energetic upbeat composition by the new team of Mac Davis and Billy Strange, was a considerable improvement over recent movie music, but the record hit a new low in singles sales, failing to sell even 200,000 copies. Ironically, “A Little Less Conversation” became a huge worldwide hit in 2002 in a contemporary remix by a Dutch DJ, JXL, that was featured in an advertising campaign for World Cup soccer.