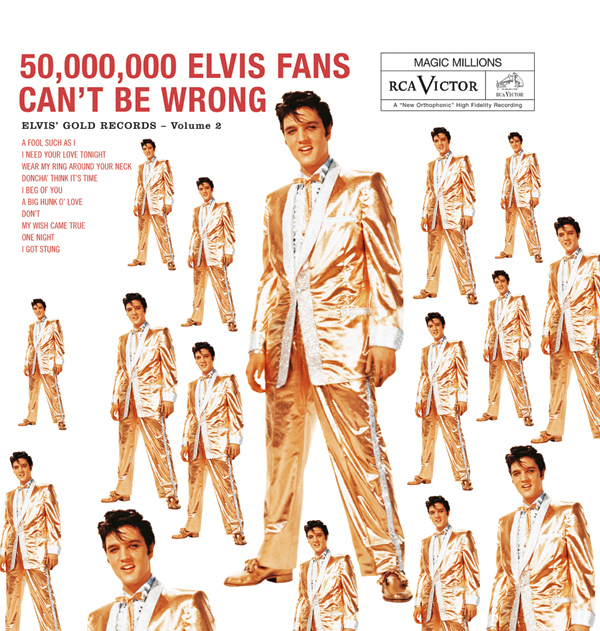 This second LP of Gold Records was of necessity less generous than the first, with only five singles available for inclusion. Sales were somewhat disappointing, but like the first in what would eventually become a four-volume series, it continues to sell today, nearly fifty years after its first release. The album artwork, with multiple Elvises clad in the gold lamé suit that Colonel Parker had had made for him by Nudie, Hollywood costumer to the (country-and-western) stars, has become another one of rock ‘n’ roll’s enduring images.