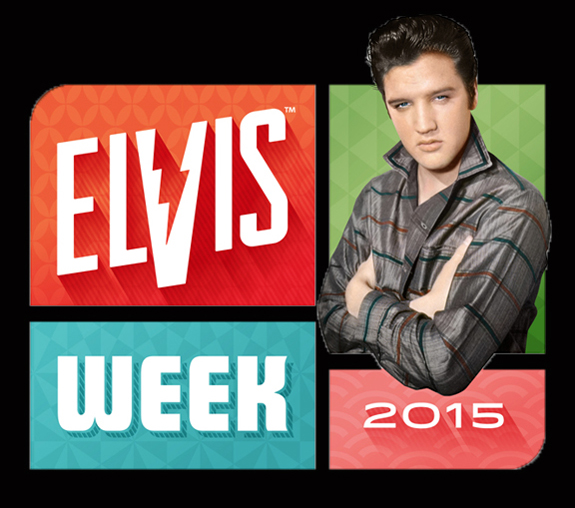 The cornerstone event, the Candlelight Vigil, will begin on Saturday, August 15, at 8:30 p.m. CDT at Graceland’s front gate. Elvis music sets the tone of the evening as fans walk up the driveway to the Meditation Garden. This free event lasts throughout the night as thousands of participants gather on Elvis Presley Boulevard listening to music, remembering Elvis and enjoying the memorials that are created by fans along the street.

Elvis will be commemorated on a USPS Forever Stamp as an inductee into the Postal Service’s Music Icon Series. Priscilla Presley will join Postmaster General Megan J. Brennan for the First-Day-of-Issue dedication ceremony on the morning of Wednesday, August 12, on Graceland’s front lawn. The public is invited to this free event. Elvis was previously honored with a stamp in 1993 which remains the most popular U.S. commemorative stamp of all-time.

The highly-anticipated Auction at Graceland on Thursday, August 13, will be the most extensive and comprehensive auction at Graceland yet, featuring rare Elvis artifacts authenticated by Graceland Authenticated. In the January Auction at Graceland, the acetate of Elvis’ first recording, “My Happiness,” sold for a record $300,000 against pre-sale estimates of $75,000-$100,000. The auction is open to registered bidders and all the items included are from third-party collectors, not from the treasured Graceland Archives. More details on purchasing the catalog and auction registration are available at www.gracelandauctions.com. To partner with Graceland Auctions and have your artifacts considered for future auctions, email [email protected] or call Consignment Director Jeff Marren at (773) 612-0918.

The Official Graceland Insiders Conference on Friday, August 14, will feature songwriter, singer and actor Mac Davis, who wrote the Elvis hits “In the Ghetto,” “Memories,” and “A Little Less Conversation.” Conversations on Elvis will take place at the Elvis Week Main Stage on Saturday, August 15, and will explore various aspects of the King of Rock ‘n’ Roll’s life with special guests including singer Brenda Lee, former Shelby County Sheriff Bill Morris—who was a close friend of Elvis’—and drummer Hal Blaine, a member of the legendary “Wrecking Crew,” who performed on a number of Elvis’ hits.

The Elvis in Vegas Tribute Concert featuring Terry Mike Jeffrey will be held Friday, August 14, at 8:00 p.m. on the Elvis Week Main Stage. The night will salute Elvis' career in Vegas through music, photos and video.

New this year, Elvis 101 will explore Elvis' influence on music and pop culture. Hear from scholars, authors and those who have spent hundreds of hours studying Elvis on Thursday, August 13, talking in-depth about different aspects of the King of Rock 'n' Roll's life and career.

Other Elvis Week events include the Livitup 5K run, a screening of Elvis’ movie “Spinout” with co-star Diane McBain, youth karaoke, a salute to Memphis music and a Sunday morning gospel celebration featuring former members of JD Sumner and The Stamps Quartet; plus Sony Music’s RCA/Legacy Recordings will host a very special event for fans to experience a new and exciting music project.

The Elvis Week 2015 app is now available for download for free from Google Play for Android phones or iTunes for iPhones. The app is the perfect mobile guide to everything Elvis Week and includes the official schedule, details on guests, partner offers, FAQs, a map of the Graceland grounds, a virtual candle for the Candlelight Vigil and more. For a complete schedule of Elvis Week events, including ticket prices, guest bios and venues, visit ElvisWeek.com.