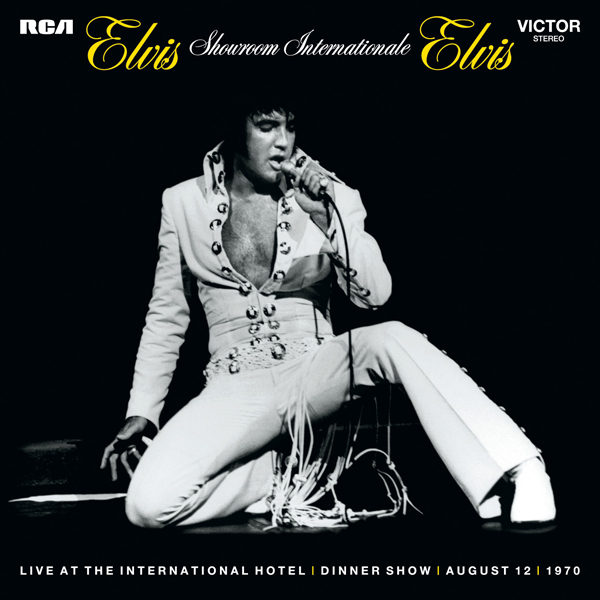 Leading Legacy's RSD Black Friday line-up this year is "Sue (Or In A Season Of Crime)," a 10" vinyl single premiering two new tracks by the legendary David Bowie.

1994 is represented with the 20th anniversary editions of Aaliyah's Age Ain't Nothing But A Number (in a 12" double LP 180 gram white vinyl pressing); Dave Matthews Band's Recently EP (on vinyl for the first time ever in a 10" numbered edition which includes the rare "Pumpkin Recently" promo); and OutKast's breakout "Player's Ball" single (newly reissued on 10" translucent green vinyl).

Aaliyah - Age Ain't Nothing But A Number 2LP - White Vinyl 180 Gram
Twenty years ago, Age Ain't Nothing But A Number introduced the world to the stunning talent of Aaliyah. Her sensuous, soulful vocals, combined with the writing and production skills of R. Kelly, established her as one of R&B's brightest stars. This collectible 2LP edition of her debut is pressed on white 180-gram vinyl and features the Top 10 hits “Back & Forth” and “At Your Best (You Are Love)” plus the rare international bonus track “The Thing I Like.”

Bessie Smith - At The Christmas Ball - Red 7” Single
Legacy celebrates the 2014 holiday season with a classic vinyl single by the Bessie Smith, the Empress of the Blues, featuring her classic "At the Christmas Ball" c/w "Jazzbo Brown from Memphis Town" pressed on on a red vinyl 7" 45 RPM single featuring a replica of the original Columbia 78 RPM label. Bessie Smith is the subject of a new biopic, starring Queen Latifah, coming in 2015.

Dave Matthews Band - Recently EP Double 10" Vinyl
This individually numbered limited edition of the Dave Matthews Band's Recently EP marks the first ever vinyl release of this music. The deluxe double 10" includes the original EP and the rare "Pumpkin Recently" promo as well as a free download of both versions.

Joe Satriani - Joe Satriani EP 12" Vinyl 45 RPM 180G - 30th Anniversary Edition
This 30th anniversary edition of Satriani's self-titled 5 song debut showcases the magic that helped Joe secure his deal with Relativity Records. This "one man band" recording is remarkable in that every sound on the 5 songs was made on an electric guitar, from tapping on the tuneups for drums and percussion to detuning the guitar to replicate the lower bass sounds. This RSD exclusive is individually numbered and remastered on 180 gram vinyl.

Miles Davis - "Blue Xmas" 7" 45 RPM blue vinyl single
In 1962, Miles Davis, Gil Evans and bebop singer Bob Dorough turned the holiday season on its ear with “Blue Xmas,” a jazzy original mocking the commercialism of the Christmas season. This recording, along with “Devil May Care,” another Dorough original recorded by Davis and Evans, is being released by Legacy for Record Store Day Black Friday 2014 as a 7" 45 RPM blue vinyl single in a brand-new picture sleeve. “Blue Xmas” is featured in Jingle Bell Rocks!, a new documentary about alternative holiday songs to be released this year by Oscilloscope Laboratories.

OutKast - “Player's Ball” 10" Translucent Green Vinyl
OutKast proved "the South got something to say" when they returned to the stage earlier this year after an eight-year absence. Celebrate the 20th anniversary of their unique sound and influential Southern hip-hop movement with their breakthrough debut single “Player's Ball” on 10” translucent green vinyl. This limited, numbered single features a rare extended version of the track alongside two tracks from the duo's acclaimed 1994 debut album, Southernplayalisticadillacmuzik.

Wu-Tang Clan - “C.R.E.A.M.” 10" Die Cut Picture Disc on 120G Vinyl
The lyrical mastery and groundbreaking production technique of the Wu-Tang Clan changed the hip-hop scene forever. Legacy Recordings celebrates the 1994 release of their single “C.R.E.A.M.”-hailed as one of the greatest rap singles by The Source, Rolling Stone and Time-with a limited collectible vinyl single die-cut n the shape of the group's iconic logo and backed with the single's original B-side “The Mystery Of Chessboxin'.”

The following will be released as RSD exclusives before becoming more generally available:

The Kinks - Muswell Hillbillies 2LP 180 Gram Vinyl
Released in 1971, The Kinks' Muswell Hillbillies found the quintessentially British band painting a vivid portrait of working class life in North London, with a sonic palette that drew from turn-of-the-century British music hall and American country styles. Rolling Stone would call it Ray Davies' “signature statement” as a songwriter. This deluxe 2LP edition features the original album paired with a bonus vinyl disc of rarities and outtakes from the original album sessions as well as BBC sessions recorded for John Peel.

Now in its seventh year, Record Store Day is an annual day-long celebration of record store culture taking place on the third Saturday in April, with an annual Black Friday event occurring the day after Thanksgiving. This past February, RSD announced Chuck D as Record Store Day 2014 Ambassador.