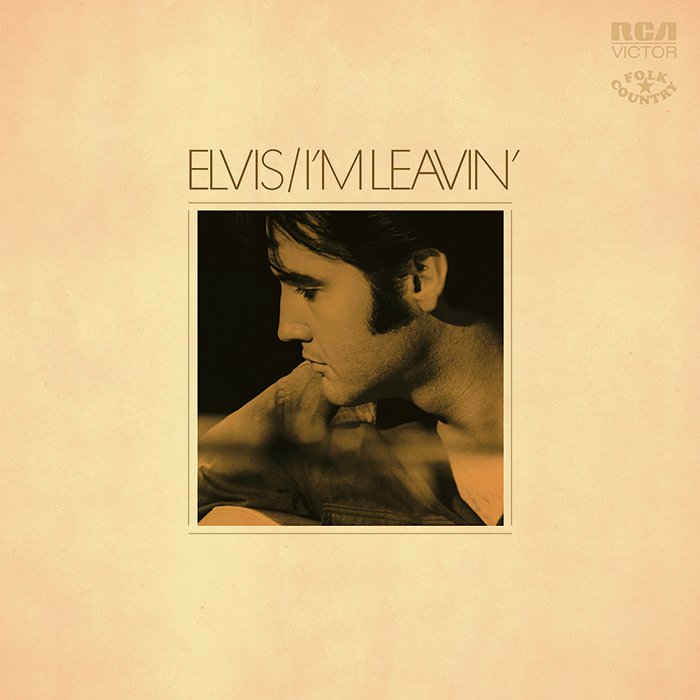 Also Coming for RSD 2016:
Cheap Trick's At Budokan: The Complete Concert, Available for the First Time on Vinyl, and Numbered Limited Edition of the Jimi Hendrix Experience's Smash Hits, Restored to its Original 1969 Format

Now in its ninth year, Record Store Day is an annual day-long celebration of record store culture held on the third Saturday in April. RSD has named Metallica as Record Store Day Ambassadors 2016.

Big Star - Complete Columbia: Live at Missouri University 4/25/93 - 2LP Gatefold 12" Vinyl
Big Star--the mythic, yet, short lived Memphis band comprised of Alex Chilton, Chris Bell, Andy Hummel, and Jody Stephens--reside on the top tier of the power pop pantheon on the strength of the group's three studio albums (overlooked and under-appreciated at the time) recorded between 1972-1974. In 1993, some twenty years after the band's dissolution, drummer Stephens recruited Jon Auer and Ken Stringfellow (of the Posies) and a wary Alex Chilton to reform Big Star at the request of two fanatical student DJs from University of Missouri. This 2LP gatefold set finally captures that full historic set for the first time on a commercial release, mastered at high resolution from the original master tapes while adding 5 previously unreleased performances to the original 1993 album. This incredible concert has been accurately re-titled Complete Columbia: Live at University of Missouri 4/25/93 for its incarnation as an RSD 2016 exclusive.

Elvis Presley - I'm Leavin': Elvis Folk - Country - 1LP 12" Black Vinyl
This compilation album brings together the very best recordings of Elvis Presley's work in the Folk and Country genres from 1966-1973. The collection includes masters from Elvis' sessions at RCA Victor's Studio B in Nashville in May 1971, a period from which material penned by several folk writers surfaced spontaneously amid Presley's gospel and holiday recordings. Ranging from Bob Dylan¹s "Tomorrow Is A Long Time" in 1966 to then-contemporary pop-folk such as "Good Time Charlie's Got The Blues" in 1973, this extraordinary anthology finds Elvis in an introspective mood, masterfully creating definitive versions of iconic compositions that resonated deeply and personally with him.

Johnny Cash - The Best of the Johnny Cash Show - 1LP 12" Black Vinyl
From the summer of 1969 through the final episode airing in March 1971, "The Johnny Cash Show," a groundbreaking televised musical variety show hosted by Johnny Cash, ran 58 episodes in all, exposing a mainstream American viewing audience to an eclectic array of musical talent while solidifying the Man In Black's persona and reputation as an artist of indisputable authenticity, a humanitarian and a larger-than-life legend. The 16 performances contained on this new "Best Of" LP showcase a spectrum of incredible performers handpicked by Johnny to appear on his show, many of them for the first time on network television. So, "Come along and ride this train," the musical cavalcade Johnny Cash created every week on his TV show, appearing now for the first time on vinyl, living on for generations to come.

Joe Strummer - "Gangsterville" - 12" Vinyl Single (IMPORT)
Not only was Joe Strummer the co-founder, lyricist, rhythm guitarist and lead vocalist of one of the all-time great British bands, The Clash, he also gifted us a musical legacy which reaches far beyond. His career included membership of the 101ers, Latino Rockabilly War, The Mescaleros and the Pogues. He embraced the opportunity to create as a musician through his song writing and solo work as well as producing scores for film and television.

This RSD 2016 exclusive 12" single includes a selection of solo tracks and has been curated by the Joe Strummer Estate. The sleeve features never-before-seen artwork created by Joe Strummer and Josh Cheuse, Joe's long-term creative collaborator. The single includes, for the first time on vinyl, "Gangsterville," "Punk Rock Blues," "Sleepwalk" and "Cholo Vest."

Mew - And The Glass Handed Kites - 1LP 12" Vinyl (IMPORT)
For RSD 2016, Legacy Recordings is releasing a limited edition import 12" vinyl version of And The Glass Handed Kites, the acclaimed fourth studio album by the Danish progressive dream pop band Mew. Available for the first time on vinyl, this RSD exclusive comes in a gatefold package featuring a four page full color insert and an accompanying poster.

Cheap Trick – At Budokan: The Complete Concert - 2LP 12" Black Vinyl
In April 1978, Epic Records band Cheap Trick capitalized on the group's wild popularity in Japan by performing and recording two shows in front of 12,000 screaming fans at the fabled Nippon Budokan located in the center of Tokyo. In February 1979, the legendary 10 track Cheap Trick at Budokan album was released in the US. The record peaked at #4 on the Billboard 200 and, with more than 3 million copies sold, became Cheap Trick's bestselling album.

Now, for the first time on vinyl, Legacy Recordings presents At Budokan: The Complete Concert, a 2LP set, struck on 150 gram 12" vinyl, featuring all 19 of the Cheap Trick's song performances recorded during those historic shows, many of them available on vinyl for the very first time. The album showcases the 2016 Rock and Roll Hall of Fame inductees at the peak of their powers laying down classic live performances of "I Want You to Want Me," "Surrender," "Ain't That a Shame," "Downed" and more.

This exclusive RSD 2016 edition of Smash Hits includes a recreation of the poster that came with the original U.S. LP release, depicting band members Jimi Hendrix, Mitch Mitchell and Noel Redding dressed in western attire on horseback. The photograph, taken by Grammy-winning photographer Ed Thrasher (Grateful Dead, Neil Young, the Beach Boys) at Warner Bros. film studios in Burbank, CA in early 1969, was conceived as sleeve art for the album. Now, for the first time ever, Thrasher’s photo finally graces the cover of Smash Hits, as originally intended.

The first 5,000 units of this 150 gram 12" vinyl edition of Smash Hits will be exclusively numbered for Record Store Day.